Behind the Pane - Cynthia's Story 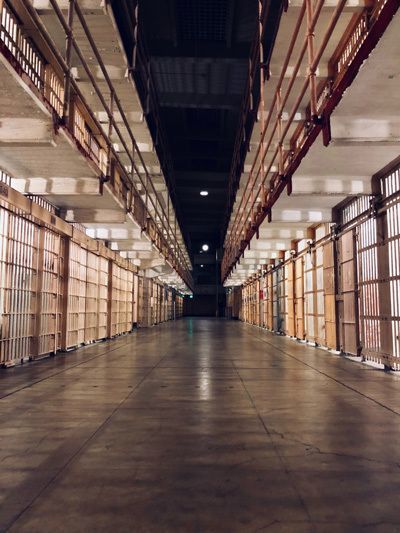 Cynthia was given up for adoption at birth by a mother who wanted her child to have a better life than she felt able to provide. Cynthia was timid, reserved, and very shy. She related better to adults than her peers, partly because her siblings were much older than she was, and she was content to spend most of her time with her parents. This did not bother Cynthia since it seemed that when she did spend time with her peers she got hurt. For instance, when she was 7 years old, Cynthia was spending time with a friend and smacked her head on the metal support frame of a trampoline. She became nauseous, dizzy, and had an extreme headache. She did not speak up and tell anyone what had happened because she was not supposed to be on the trampoline. Later that same day, Cynthia was riding a horse at her friend’s, when she was bucked off and hit her head on a rock. Consequently, she did not tell anyone that she was bucked off and hit her head because she was not supposed to be riding while at her friend’s.

As Cynthia reflected on her childhood and teen years, she realized that shortly after the major hits to her head, she began suffering from migraines and having balance issues. She does not recall any shift in her behavior or personality because she kept to herself during much of her school years, so there was not a pattern or changes that caused any alarms. As a teen, Cynthia was given hormones which helped alleviate her migraines, so the cause of her headaches was thought to be due to her hormone levels being awry. The balance issue was not resolved, but after repeated falls and a tumble down the stairs, Cynthia had a scan of her head to rule out multiple sclerosis. The results were not what she expected and while the scan confirmed the reason to her balance issues, it opened a door that she was not planning to open. The scan showed a dermoid cyst and was explained to Cynthia as being some traces of hair or skin that were possibly from a twin that she absorbed in the womb. A dermoid cyst is hereditary and since she was then twenty-four years old, she could open the file of her adoption and search for her birth parents.

After finding her biological mother, she was able to find her biological father, who had already passed away, but his mother was able to confirm that the dermoid cyst came from their side of the family. Cynthia’s grandmother had a cyst behind her ear and had attempted several times to have it removed but suffered hearing loss and the cyst continued to return. Cynthia decided to leave the cyst alone until it caused her health issues.

At this point in her life, Cynthia began a relationship with an abuser and suffered many blows to the head and being strangled until she passed out from domestic violence. This led to heavy alcohol use and then into drug use to help numb the physical and emotional pain from the abuse. Cynthia now had four children whom she was trying to protect from the chaos, but unfortunately, some choices made along the way landed Cynthia in jail and her children in foster care. The youngest two were placed with the same family, who adopted the youngest one. Due to the circumstances, she has allowed the children to take the time they need to heal from the trauma before attempting to further a relationship with them. Fortunately, the oldest two have stayed in contact with Cynthia and are very supportive. The remainder of Cynthia’s family is also supportive, and she is working on keeping the communication open with them to help them understand how trauma, even inside the womb, can have an impact on one’s life no matter the family dynamics and upbringing.

Cynthia is working on herself each day, to be a better mother, grandmother, sister, and friend. She has set goals aiming to make a difference for others who are struggling to get clean. She is excited to spread the word on brain injury and trauma to help educate others before they find themselves in the same situation she found herself in. Drugs are not the answer, but most individuals do not understand why they continue to use. One day, Cynthia will be a voice in the legislation to make people aware of the need for those in the justice system to be given the opportunity for treatment to recover from past trauma and move forward.

As I sit here listening to Cynthia, looking at her through the pane, I hear the passion in her voice, the desire to share her story to make a difference. To share with others the importance of letting someone know when they have hit their head or have gone through a traumatic situation, to get help and learn to live life, instead of turning to drugs or bad relationships to fill the void and cover the pain.