It May be New, But it’s not Normal 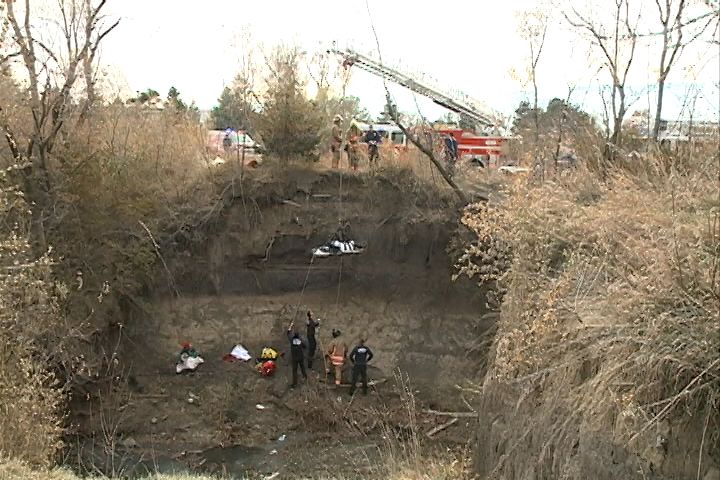 My brain injury journey began on Thanksgiving Day of 2014, on the University of Nebraska’s East Campus in Lincoln. For probably 15 years or more, I’ve enjoyed bringing my dogs out to East Campus to romp. On that particular day I had taken my dogs, Etta and Sophie, and Simon, my stepson’s bouncing, boisterous 6-month-old puppy. We were playing fetch and getting some exercise before I would leave them at home and head off to Thanksgiving festivities that afternoon.

Etta and Simon had worked out a “team approach” to our game of fetch. I would throw the ball; Etta would charge after it and bring it halfway back and drop it. Simon would then retrieve it and bring it the rest of the way back to me.

We did this several times until Etta decided to change it up. She went after the ball, and instead of bringing it back to me and dropping it halfway for Simon, she ran past me and promptly dropped the ball right on the edge of the bank of Salt Creek, otherwise known ominously as Dead Man’s Run.

In all my years of playing fetch with dogs in that field, none of us had ever had occasion to go that close to the creek. So I had no idea how steep the drop off to the creek was. As I leaned forward to pick up the ball, my left foot stepped in a small hole that I had not seen. It wasn’t very deep, but it was enough to pitch my balance forward and hurl me off the cliff head first.

Visually I saw the edge of the embankment, and I saw the creek nearly 30 feet below. From there, my visual memory of the actual fall is blackness. My right foot smacked against a tree root in the bank on the way down and my shoe flew off. I landed on the left side of my head, crunching the right side of my head into my right shoulder before I came to a stop on my hands and knees. That crunch I felt would later be diagnosed as a burst fracture of two spinal vertebrae.

That landing knocked the wind out of me and for a few seconds before I could catch my breath, I wondered if this might be how I would die. But my breath returned and I didn’t lose consciousness. Though severe pain shot through my neck and upper spine, I was on my hands and knees and I could feel all of my extremities, and I knew that I was going to be all right.

After catching my breath, I noticed how quiet it seemed down in the ravine. It was cold. My range of motion was very limited by the pain I was experiencing in my neck and back. Fortunately my cell phone was in my right coat pocket and I was able to lean over on my left hip, hold myself up on my left elbow and call for help.

I tried to describe to the 911 dispatcher where I was. She asked for my name and my age. Strangely, I couldn’t remember how old I was, but I could tell her the year that I was born. That was the first recognition I had of the cognitive impact of my injury.

Soon I heard sirens from all directions. It was surreal to think they were coming for me. From the time that I arrived at East Campus with the dogs to the time they wheeled me into Bryan West Trauma Center, less than 2 hours had passed. When I got to the trauma center, a swarm of people surrounded me and cut my clothes off, did a CT scan, and got me stabilized. The doctor told me that I had broken my neck in 3 places and I had a concussion. Spinal surgery would be needed to repair the burst fracture, but since it was Thanksgiving, I wouldn’t have surgery until the next day. So I would be spending the rest of my holiday in the ICU.

To sustain three neck fractures and not be paralyzed or dead seemed miraculous to me. A concussion seemed minor in comparison. Looking back now, the concussion turned out to be the real life-changer.

My daughter-in-law, a speech pathologist with Lincoln Public Schools, came to visit that first night. She was the first to educate me about concussions. She brought with her a binder of information, and told me to rest and limit my screen time. “Seriously,” she emphasized, “Limit your screen time to no more than an hour a day.” I have since repeated that advice to several people.

Another month or so passed before my doctor talked to me in detail about my concussion and referred me for an MTBI assessment. I could not return to work for five weeks, and when I did, I was limited to half-time for nearly three more months. I was a public television producer by profession, on deadline for two projects. My supervisor and co-workers generously stepped in to finish those projects. And in the coming years, I would face the reality that the impacts of my brain injury would force me to seek a new career path.

In those first five weeks after leaving the hospital, I gradually awakened to both the seriousness of my injuries and the miracle that I had survived. I had to wear a rigid neck brace, even in the shower. Sleeping was a challenge because of the neck brace and discomfort, and because the concussion made it hard for me to get to sleep. I also found that I was irritable, and I had a lower threshold for frustration. My ears would ring when I got fatigued. The irritability, fatigue, tinnitus, and difficulty concentrating persist to this day.

Nearly six years that have passed since the Lincoln Fire Department fetched me out of that ravine. I took early retirement from my public television career and have since explored different employment prospects. Currently I work part-time as a grant specialist for a nonprofit organization.

The impacts of my brain injury have been both vexing and fascinating. I still have the same intelligence, skills as a writer, communicator, and storyteller, but now it takes much longer to translate the thoughts from my head to paper. Focus, concentration, and organization are noticeably more of a challenge since my accident, exacerbated by fatigue that sets in when I spend too much time in front of a computer. A friend who also experienced a brain injury expressed it very well when she said, “It’s not a deficit of intelligence. It’s a capacity issue.” Exactly.

What is common in the experience of brain injury survivors is the journey of discovery to find tools and strategies to help adapt to memory and cognitive issues, personality changes, the loss of joy one used to find in certain activities that either became more challenging or less satisfying. Some of these changes are subtle, strange, and they make us question our own reality. And they can also impact relationships with spouses, friends, family and co-workers who navigate this journey with us.

The Greek philosopher Plato said, “The unexamined life is not worth living.” The blessing and the curse of my concussion has been that it has forced me to live an examined life. The further along the journey I go, the more I’ve had to consider and adopt different strategies and approaches to cope with my symptoms, to take care of myself and meet my obligations to family, friends, employers, my dogs, and myself.

While some days the challenges feel like a curse, I am more grateful for the blessings. I didn’t have to learn how to walk, talk, or feed myself again, like many survivors must. While I grapple with some memory issues, residual pain, fatigue and irritability, I am blessed to be surrounded by supportive, compassionate people at work and at home who have made a huge difference in my ability to navigate this journey.

The opportunity to serve others as a volunteer with the Brain Injury Alliance of Nebraska has been another blessing. It has given me the opportunity to help shape policy and increase the available resources for brain injury survivors. I’ve helped BIA-NE launch a series of online support groups for survivors, family members and caregivers that meet four times each month.

As host and facilitator of those groups, I continue to learn from others’ experience, and I’m blessed to be able to provide support and perspective to others on this journey, and give back with gratitude for all of the help I’ve had along the way. Hearing the stories of people who struggle to find the right resources, witnessing the benefit for attendees as they affirm and reassure each other through shared experiences – these inspire me and give me purpose. And they illuminate the continued and extensive need to increase our understanding of brain jury and expand the services available to survivors and their families.